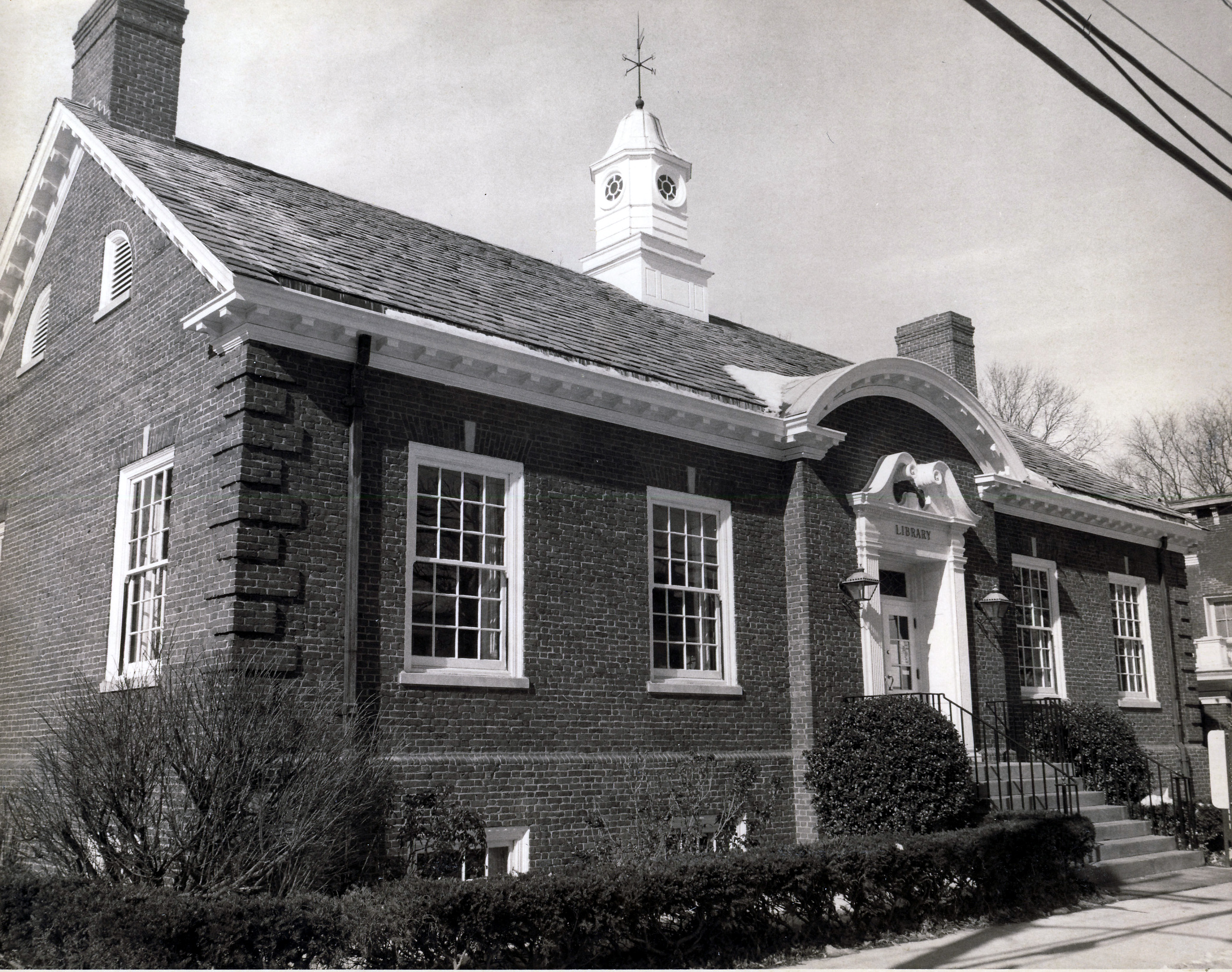 Much of the following early history is reprinted from “A Century of Library Service: 1893 – 1993” by Karl Benson and Richard Brown.

The century of service began in the autumn of 1893 with a small subscription library of three hundred books promoted by a Chicago firm. Several earlier subscription libraries in Danville had failed but this on lasted, in large part due to a handful of devoted and determined women and men. If the thumb is the most important digit, then Mrs. Charles H. (Mary Davis) Rodes was the thumb in the handful. Elected to the library’s executive committee in 1895, she gave significant time and effort to the local library for more than four decades.

Mary D. Rodes was both a participant in and a chronicler of the subscription library’s early years. At one critical time around the turn of the century she went to St. Louis, returning with a gift of $300 collected from relatives and friends—a gift that preserved the fledgling library. This was only the first of many donations she inspired by her interest in the library. Much of what is known about its uncertain beginnings comes from Mary D. Rodes’s accounts.

In 1920 the Danville Library achieved some stability with the purchase of the old red brick Downton  House from Captain A. B. Massey “and others” for $6500. The purchase required that a mortgage be obtained from a local bank and a Library Association was incorporated for this purpose. Its officers and Board of Trustees were given the power to own and operate a library in Danville. Although the mortgage was paid off in 1930, the library Association continued as the governing body of what is today the private part of the Boyle County Public Library.

Elizabeth Tunis had been hired as librarian two years before the purchase of the Downton House. She served in this position for fifty years, a span of time more than twice the combined tenures of Letty Green, Laura Downton, and Louise Cook, the three librarians who preceded her. During her half century of devoted service “Miss Bess” became the person most responsible for day-to-day operation of the library.

This librarian was more than a time-server, however. She is credited with two innovations, one successful, the other less so. With the approval of the Library Association, Elizabeth Tunis established the Paul Dunbar Branch Library For Colored People in 1919. The branch library operated from a room on South Second Street with Mrs. Lee (Martha Pearl Rowe) Patton as librarian. As many as fifty members supported the branch with their annual dues until it closed for unrecorded reasons in 1922.

Schemes for raising money appear frequently in the minutes of the Library Association, as it seldom had more than one hundred dollars in its checking account. Nevertheless, its endowment funds grew and Miss Bess’s annual salary advanced from $15 in 1920 to $500 in 1936. And in that year the minutes of the Board’s meetings became more exciting as the members contemplated a provision in the will of Miss Eugenia Young.

Eugenia and Sara Young were daughters of John Clarke Young, legendary president of Centre College and Presbyterian pastor for twenty-seven years before the Civil War. Dr. Young died in 1857 but Miss Eugenia and Miss Sara lived on and on and on. By the 1930’s they had lived long and accumulated sizeable estates. Sara died first but Eugenia survived until early in 1936. Her will provided between fifty and sixty thousand dollars to “build, equip, and endow” a new library. A further clause specified it should be called the Young-Rodes Library in recognition of the Young sister’s contributions and of Mrs. Charles H. Rodes for her decades of community service.

Elizabeth Tunis retired April 1, 1968, marking the end of an era. Mrs. William (Corinna) Balden replaced her, at first on a volunteer basis, and a new era began. She was a key figure in bringing tax support to the Danville Library. As a beginning, the Kentucky Department of Libraries and Archives reached an agreement with the Danville Library Association to provide a Bookmobile for service to Boyle County residents. Grace Gettinger became Boyle County’s first Bookmobile librarian in 1970 and served until mid-1978. By accepting the bookmobile the Danville Library was eligible for state and federal aid programs.

Next, Corinna Balden took the lead in guiding a petition campaign that established a Boyle County Library District with a tax rate of 1.6 cents for each $100 of assessed property value….In 1971 a contract between the new County Library District Board and the Danville Library Board completed the transition. The Danville Board contributed the Young-Rodes building, its holdings and furnishings, and its endowment. The County Board pledged tax money for operation and expansion of free library services for all residents of Boyle County.

Mrs. William (Rosemary) Hammond was the first head librarian hired under the new arrangement. She held the position from 1972 until July 1978. Karl Benson followed Rosemary Hammond as head librarian in July 1978 where he remained until 2013. Benson’s tenure witnessed more changes than in the previous eighty-five years of the Library’s century of service.